The work environment for Vertical Aerospace to lead an aviation revolution

The work environment for Vertical Aerospace to lead an aviation revolution

Vertical Aerospace is a modern, exciting company, looking to change the way people travel with the creation of ground-breaking eVTOL aircraft. When they looked to develop their design and manufacturing facilities in Bristol, they approached Dura to deliver a solution that would serve to inspire the right culture and behaviours within their highly-advanced team.

Vertical Aerospace are building technology to revolutionise how people fly, by making air travel personal, on-demand and carbon free. In 2019 Vertical Aerospace launched their second aircraft, the Seraph, becoming the first company worldwide to release footage of an eVTOL aircraft in flight capable of carrying 250kg.

Stephen Fitzpatrick, founder of Vertical Aerospace, had a vision of how he wanted the workbays to look. Taking inspiration from his previous role as a Formula 1 team owner, Stephen wanted a clean, clinical and efficient workspace ...a workspace which would inspire the right work ethic, way of thinking and behaviours.

Owen Thompson Cheel (Senior Aero Systems Engineer) and Matthew Reeds (Senior Aircraft Technician) took on the responsibility of creating the right working environment. Taking the brief given by Stephen Fitzpatrick, Owen and Matthew also wanted to ensure the environment was safe and organised, with the procedures and practices in place you’d expect to find within a modern aviation workshop. It was also key the new workshop had the flexibility to adapt to the rapidly-changing needs, as the business moves from prototype to aircraft manufacture.

Working closely with Owen and Matthew, Dura produced an initial design by using the architect’s drawings to create an environment which considered all the requirements from Vertical Aerospace, whilst taking into account all other aspects of the build.

During the consultation period, the design was adapted to coincide with changes made to the overall project. This also presented an opportunity for Dura to design a further two workshops for the clean electronics lab and metal workshop.

Dura designed and installed four separate workspaces for Vertical Aerospace, each created specifically for the environment it was intended, whilst complementing the overall project aesthetically.

Vertical Aerospace now have the clean, organised environment they desired. Giving Owen and Matthew the base to promote the right culture, behaviours and ethics needed in a modern aerospace company to inspire future growth.

Owen Thompson Cheel commented “The installers were really great. They showed professionalism throughout and their attention to detail was brilliant. Dura are a really good partner for Vertical Aerospace, a British manufacturer who we will look to work with again on future modifications. It was a pleasure working with everyone involved at Dura.”

If you would like to hear more about this or any of the other projects in Dura's case studies section then please call 01280 706050 or email info@duraworkshops.co.uk. 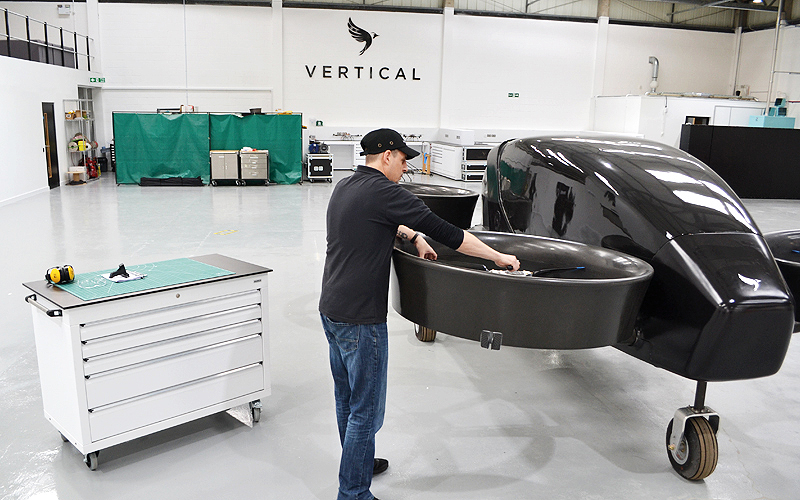 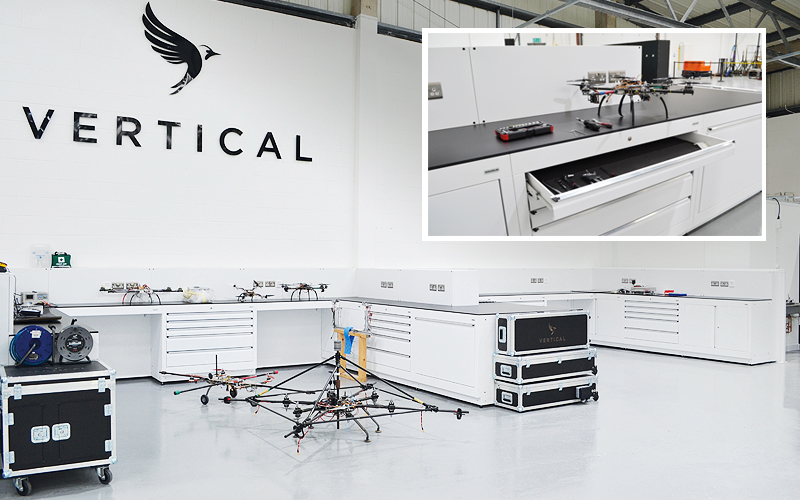 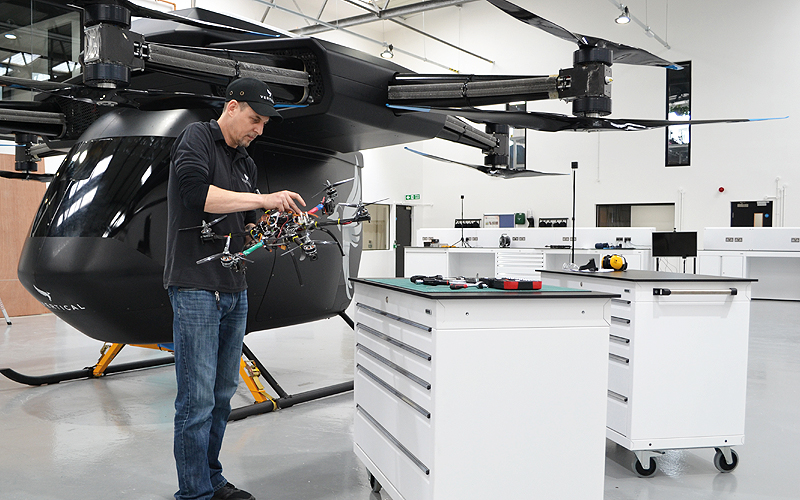 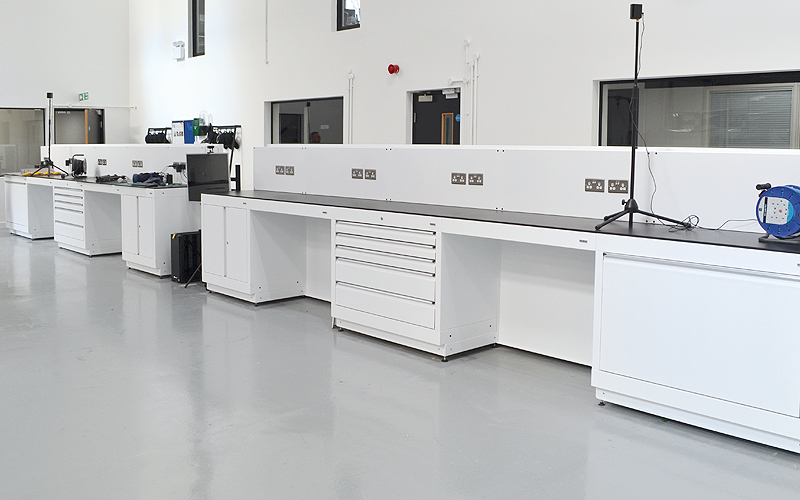 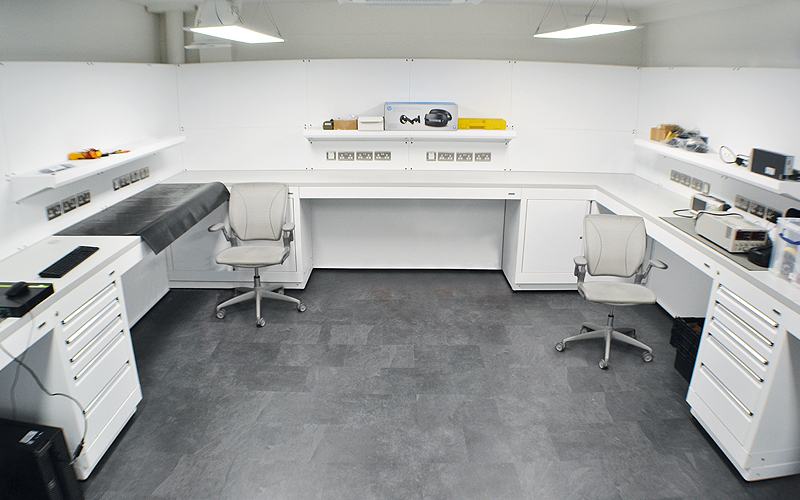 +
This text will be overwritten by jQuery